Collaborating with local creatives can bring a completely different dimension to a group photoshoot – a theme that would not normally be possible on a commercial / editorial shoot, a relaxed pace and the sharing of ideas and equipment, along with new locations you would not consider as an option. Leicester based Solo Studio hosts regular group shoots with an amazing collection of photographers and models.

Images below are from a recent Steampunk themed group shoot in a local industrial area within Leicester.

For this shoot I used my Nikon D800 with off-camera SB-800 speedlight with an Octabox modifier, trigged with PocketWizard FlexTT5 / MiniTT1.

I had a wonderful 3 nights in Venice, Italy this Summer on a personal trip. It was my first visit to Venezia, and it really is a fantastic and awe-inspiring city to walk around.

The architecture and canal system with gondolas provide a perfect backdrop for photography, and you can find great lighting at any time of the day due to the narrow streets and tall buildings providing great contrast between shadow and sunlight.

The city is small and can easily be walked around during the day, although you have to navigate through the bustling crowds and over small bridges. Whilst you can become lost very quickly, you are never too far from a familiar point.

Piazza San Marco (St Mark’s Square) was always busy but not uncomfortably so, even during our visit in the height of the summer. There were long queues to visit the Basilica, and it is worth getting up early to go to the top of the Campanile di San Marco (St Mark’s Bell Tower).

It is great to participate in themed group photoshoots to get creative ideas flowing and try out lighting setups. A recent local ‘Peaky Blinders’ group shoot in an industrial area of Leicester was ideal to try something new. With the Peaky Blinders TV series becoming ever more popular, with the airing on BBC and now NetFlix, there were plenty of models keen to take part and dress up for the occassion.

I had the chance to be involved in a Leicester studio photoshoot recently using ultraviolet light and paint only.  This was a new technique for me as a photographer, and took a bit of trial and error to get the correct camera settings and lighting position. The combination of UV light and specialised paint on the model gives a very unique look.  The colours certainly pop against the dark shadows.  Very different results to my normal style of photography.

I had the pleasure of shooting with Lady-Viper from Purpleport recently.  We were looking for a mix of a gothic look with slow-motion for an eerie / haunting style.  Lady-Viper brought a wonderful selection of outfits and accessories, and we had fun experimenting with camera settings and motion to get the look we were after.  All images in-camera, with Lightroom and Photoshop for cropping and colour grading.

Getting models, photographers and makeup artists in the studio at Halloween is a great mixture to create something a bit different.  The MUA did incredible work body painting the models, and with minimal lighting we captured very moody images.

A Day at Bruntingthorpe Aerodrome

A photoshoot at my local Bruntingthorpe Aerodrome took advantage of the last of the summer sun for 2018 with glorious weather at a fantastic venue packed full of old aircraft.  Bruntingthorpe is a family run business on a big scale, with the ex RAF base being used for storing of old military aircraft and a vehicle fast track proving ground.

We had the run of some areas of the site away from other activities, and with a group of photographers and models, we used the day to capture a unique set of images.  It was fantastic fun, and with my Bowens lighting heads and Travelpak triggered by PocketWizards and Nikon D800 I was very pleased with the resultant set of images. 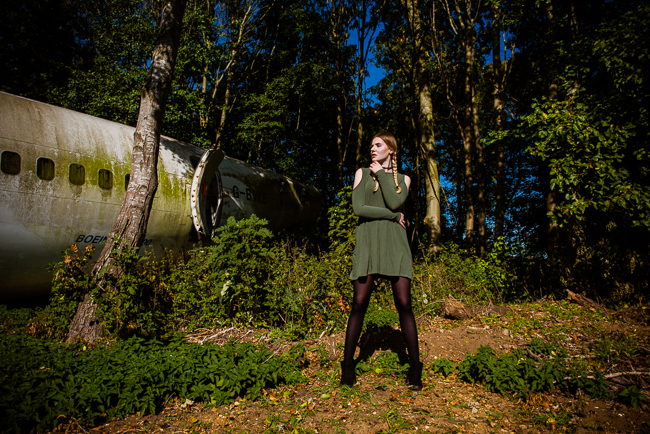 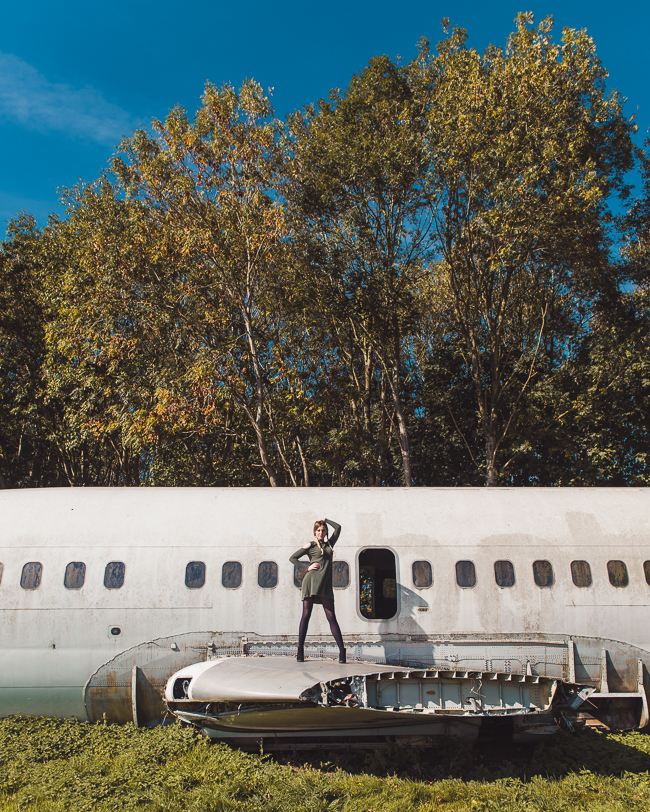 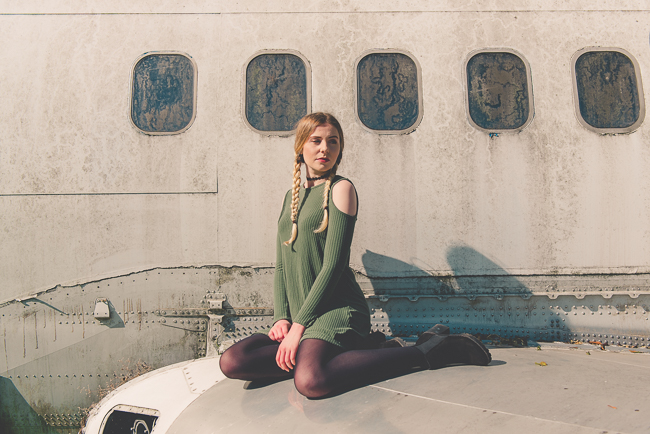 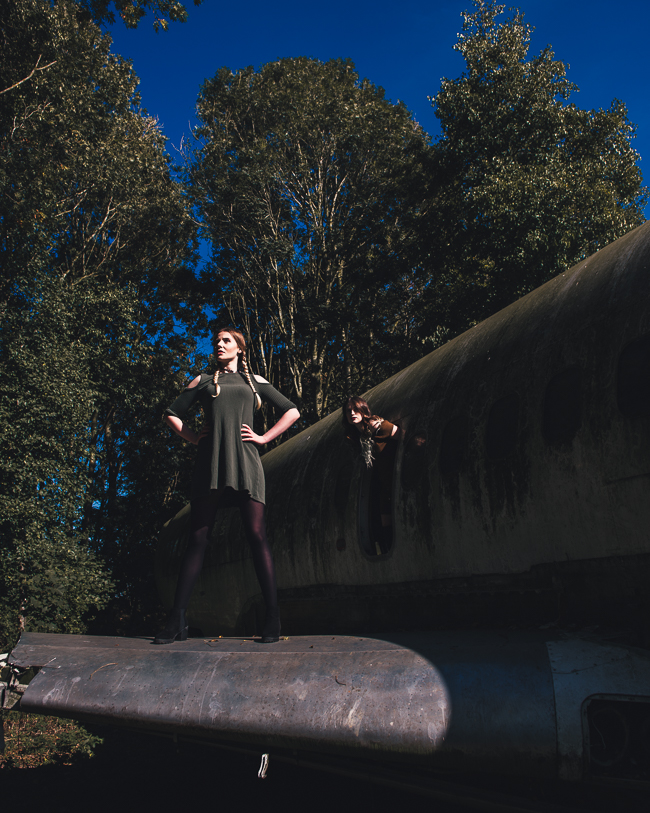 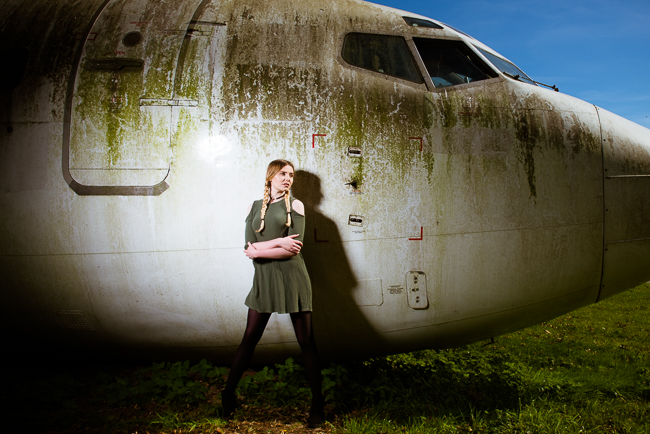 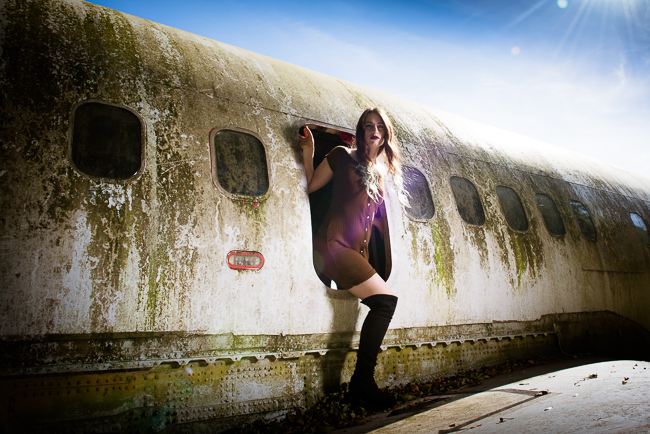 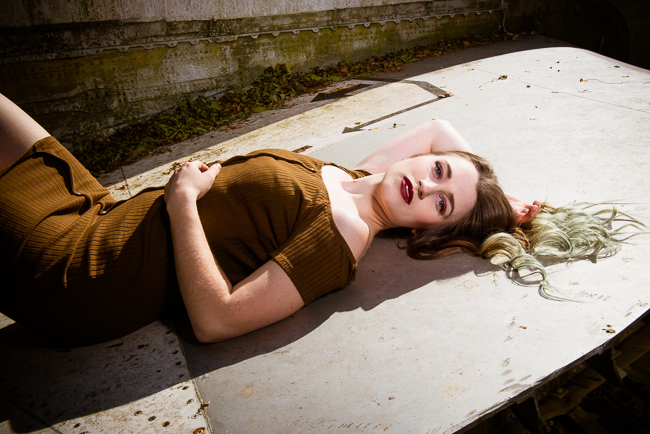 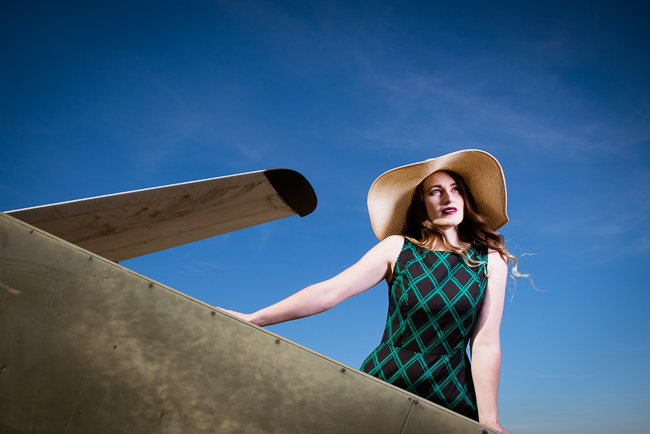 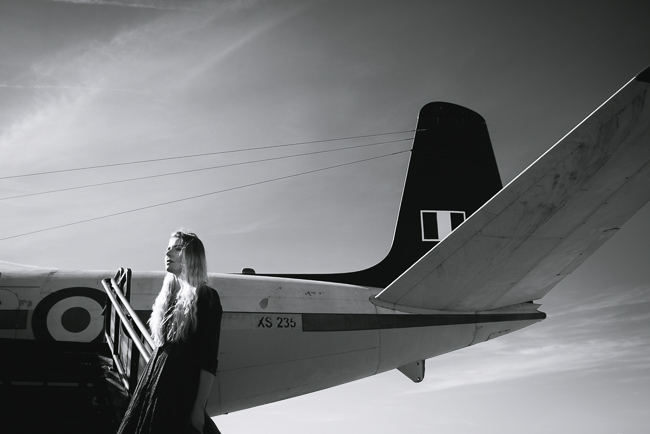 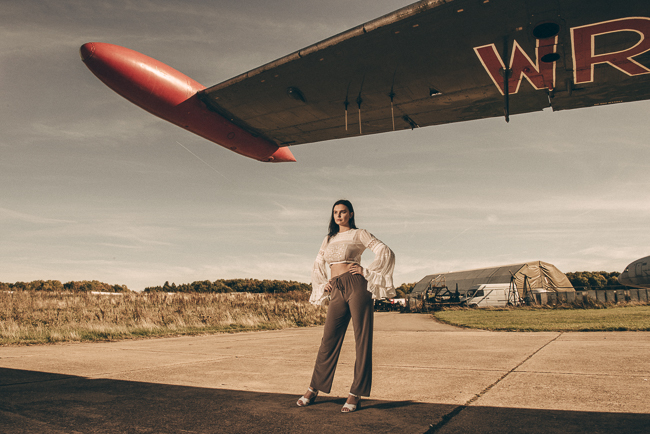 This set of images was from a recent street photoshoot in the city of Leicester on a very warm Sunday afternoon in the middle of the 2018 Summer heatwave.  I love using urban areas in cities because of the wide range of backdrops that can be used – walls, doorways, factory entrances etc.  I use my small speedlights to mix artificial lighting with natural lighting to provide a dynamic looking image.  The side streets of a city are generally quiet on a weekend afternoon, so we can get on with creating a great set of images without too much interest from passers-by.  It is a great way to capture fashion and portrait images with a little difference. 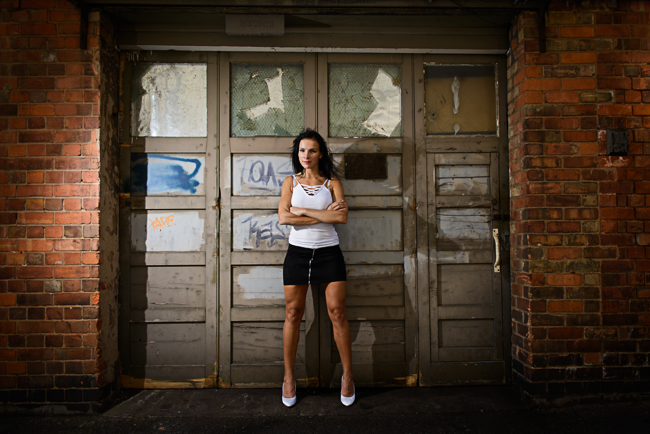 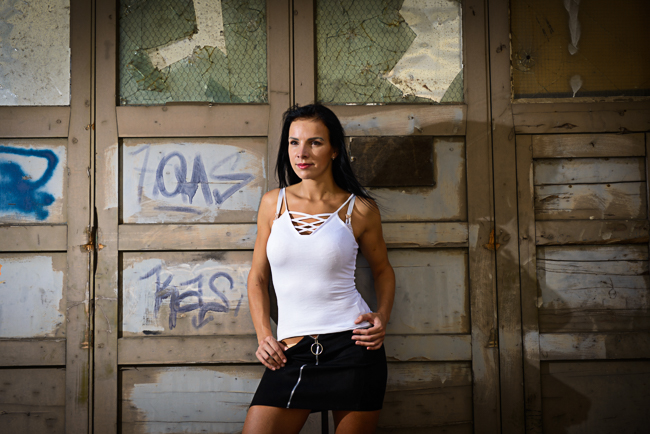 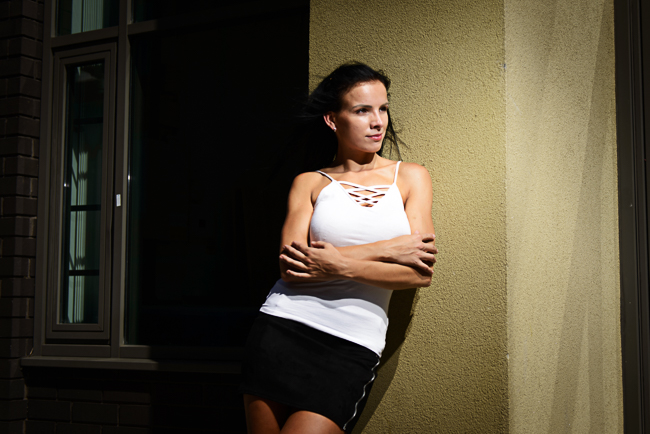 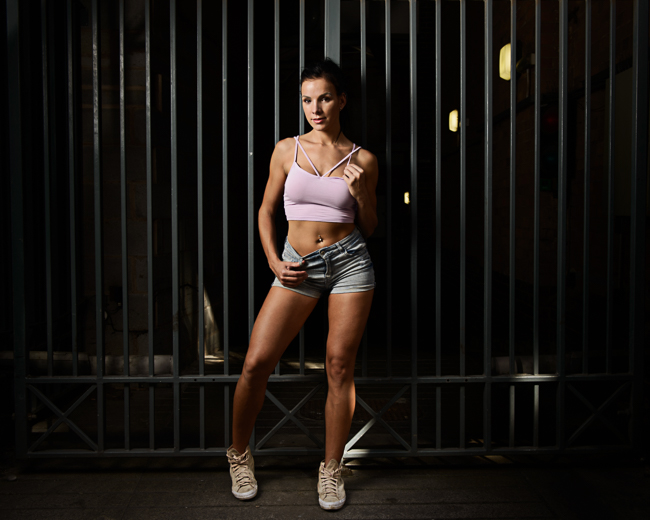 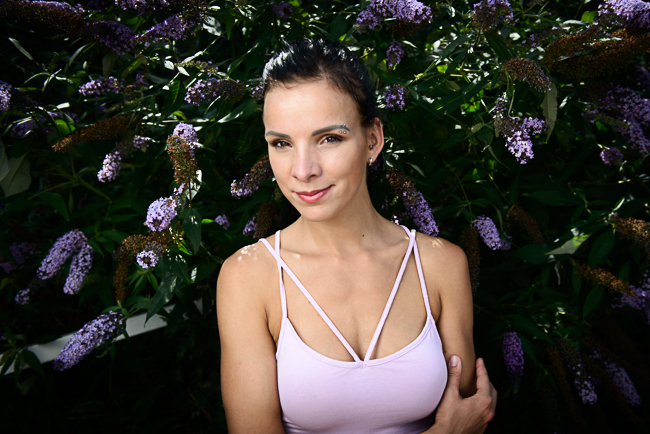 A favourite subject of mine to work with in the studio is Musicians, as they are confident and relaxed and are great at collaboration.  Lizzy is a singer and repeat client of mine, and it was great to get in the studio with her and her singing partner to do some more portraits for their marketing. 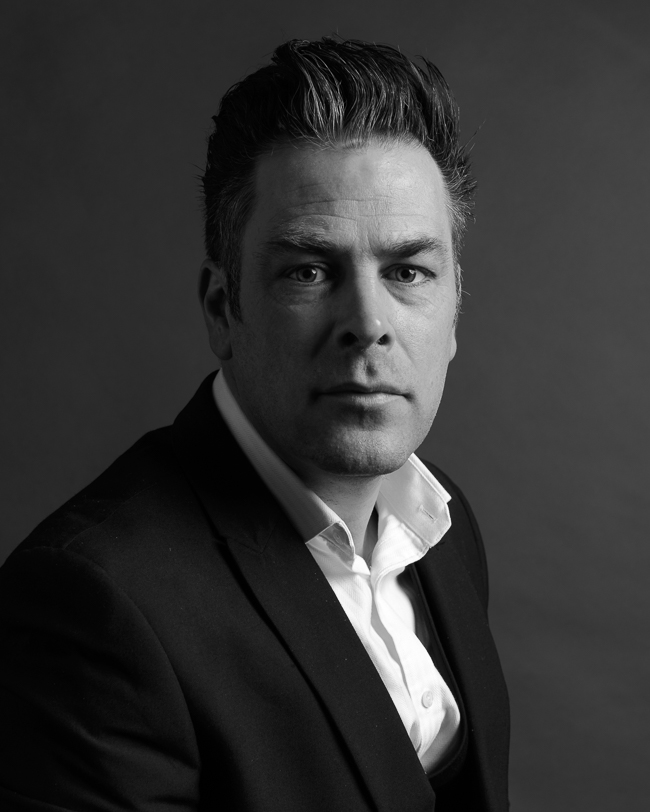 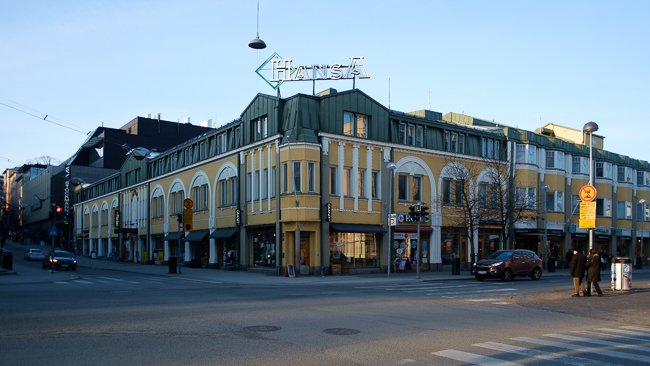 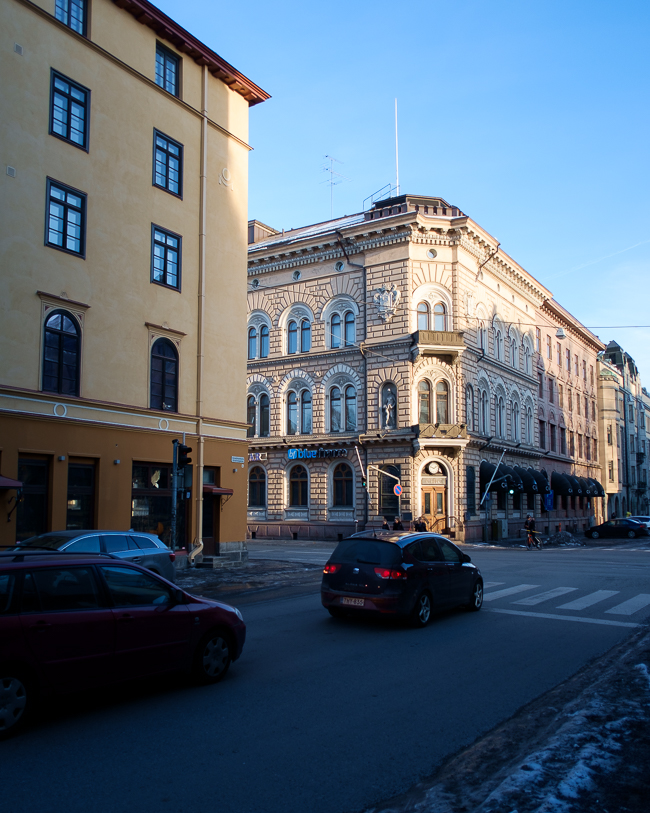 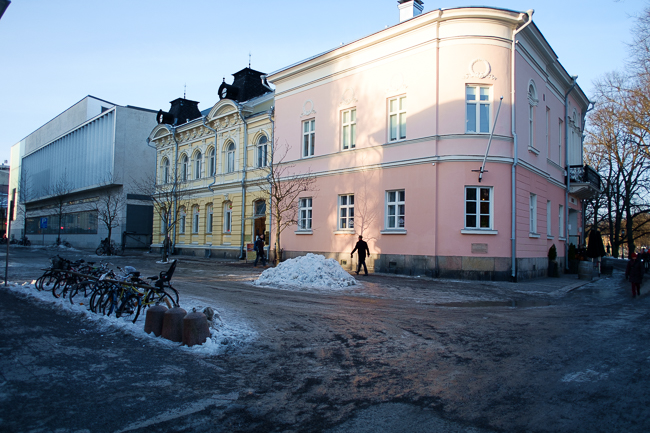 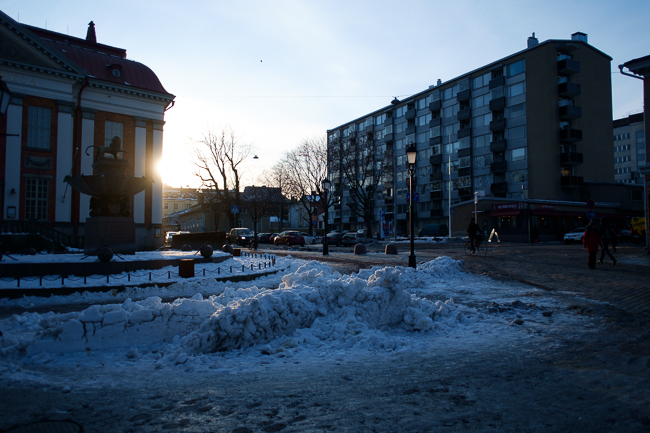 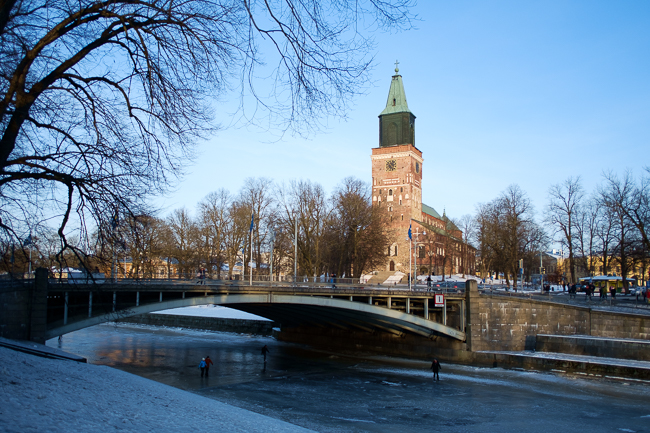 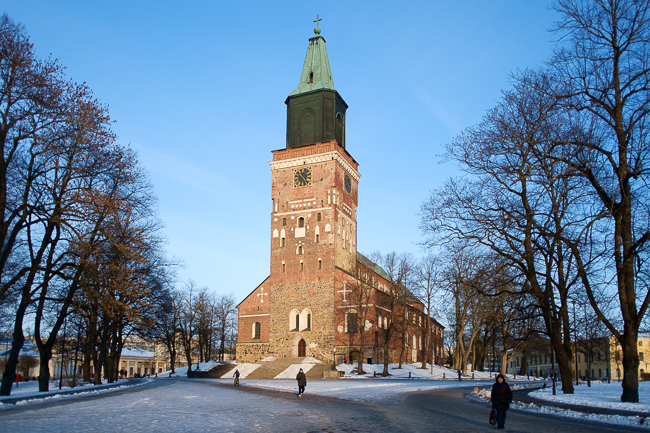 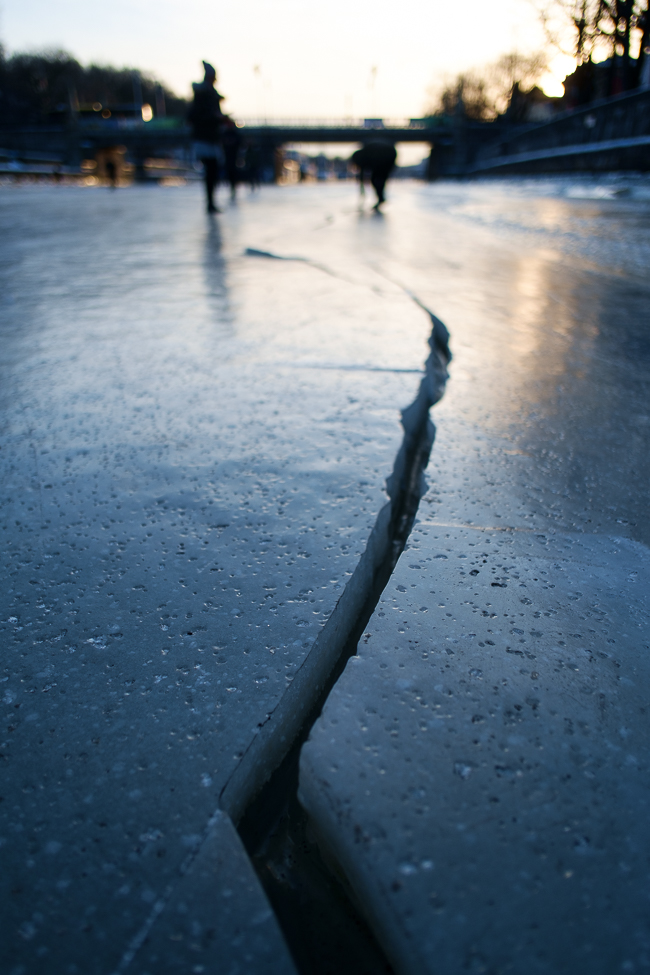 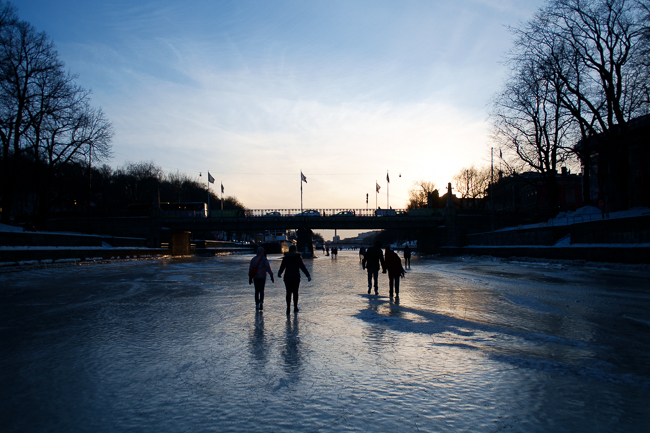 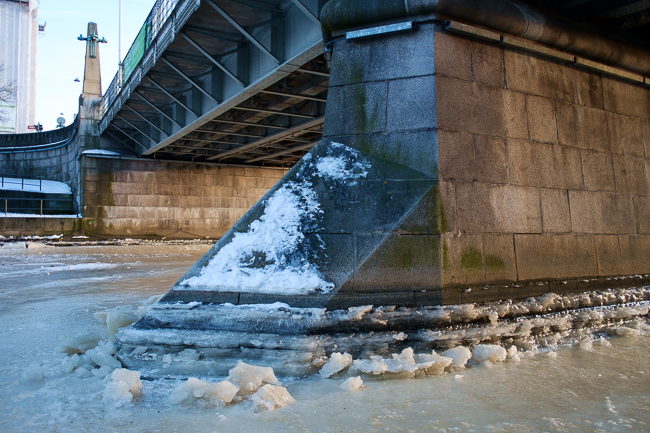 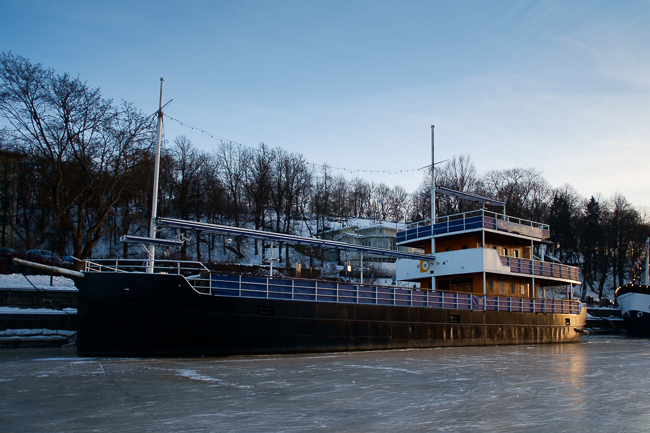 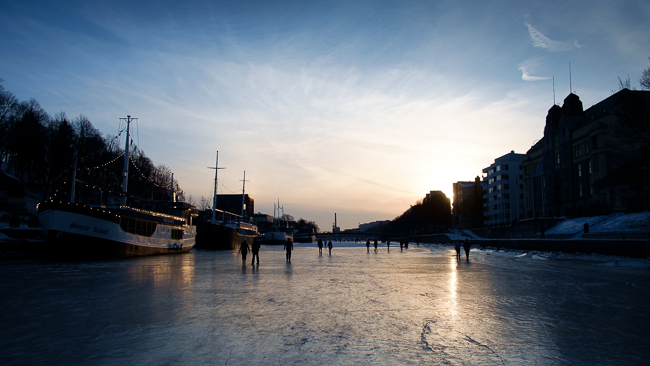 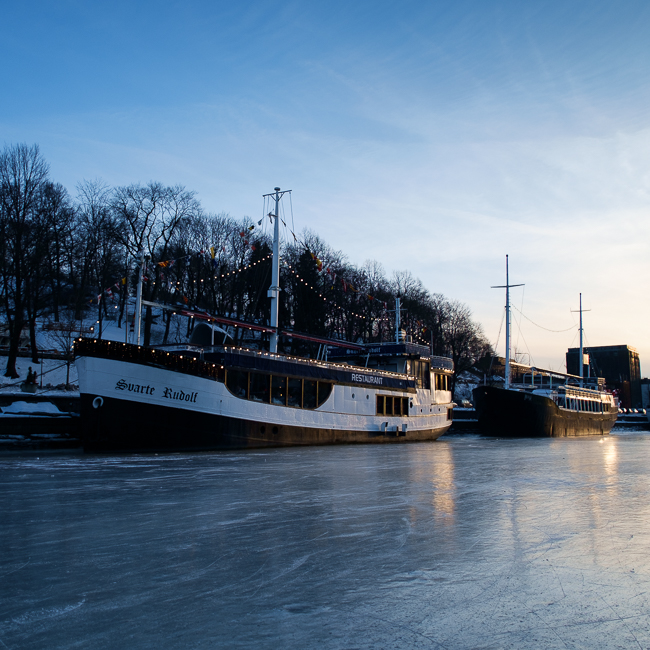 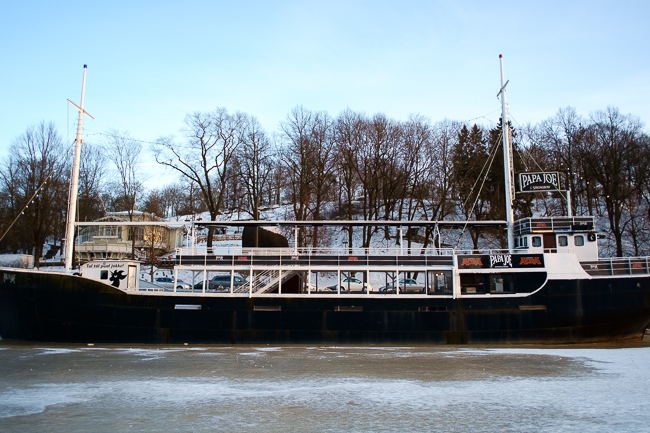 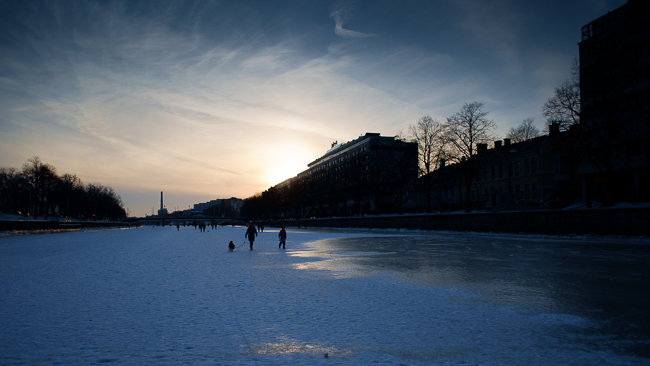